History of the Church of St. Anne, BM

It was at Batu Kawan, as early as 1833 that Catholics first originated in Province Wellesley. They were mainly Chinese and Indian. It was from here that the Catholics gradually moved to Permatang Tinggi, Macang Bubok and Bukit Mertajam. By 1840, the Chinese Catholics started settling down at the Bukit Mertajam foothill.

The early priests were all Frenchmen and they visited Bukit Mertajam from Batu Kawan. In 1846, the first visiting priest, Fr. Adolphe Couellan decided that there was a need for a chapel and built one just below where now stands the hill top St. Anne’s statue.St. Anne was (and still is) a very popular patron saint amongst the French. Naturally, the chapel was named after her. 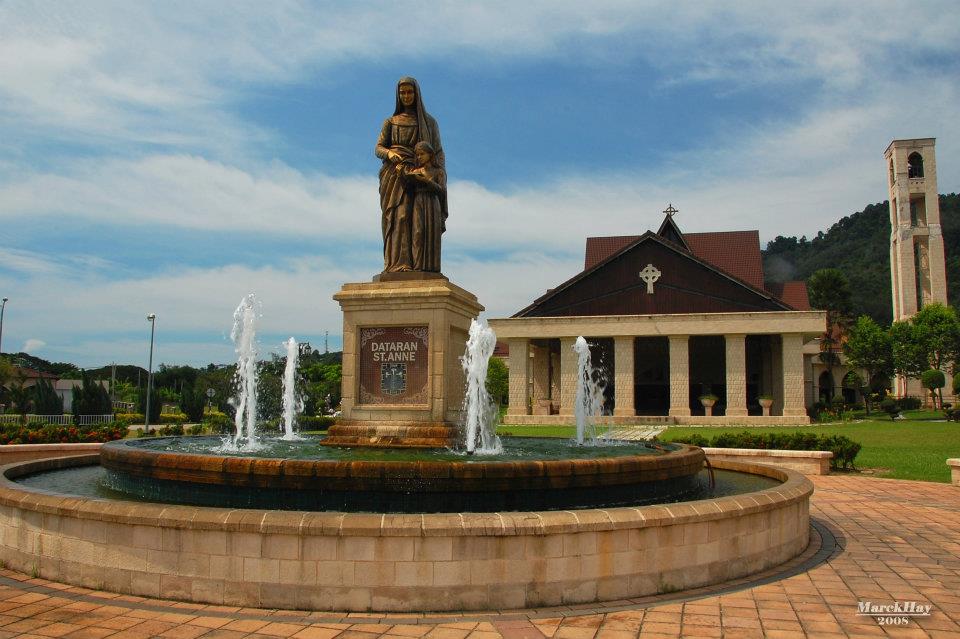 From 1860 onwards, priests residing at Permatang Tinggi chapel took over the visiting to the St. Anne’s Parish. In 1865, Fr. Maistre who was the first visiting priest from there, built a bigger second chapel. It was located lower down, closer to where the old St. Anne’s church is. Today you can still see the remains of this chapel just behind the well of Saint Anne’s water.

The stained glass set featuring St. Anne and also a set of three bells from France were installed at the old church in 1896 by Fr. Charles Grenier. During the Japanese occupation the bells were dismantled. Only one of them has been recovered.

In 1938, Fr. Laurent was here briefly and during his time, he organised the first church choir with Datuk Wong Pow Nee as the choir master. That same year, Fr. Joachim Teng took over the parish. It was he who bought the land where the Kim Sen school and the second church are now located. In 1941, the war broke out and masses were disrupted as the Japanese occupied the church land. The situation was back to normal after the war in 1946. 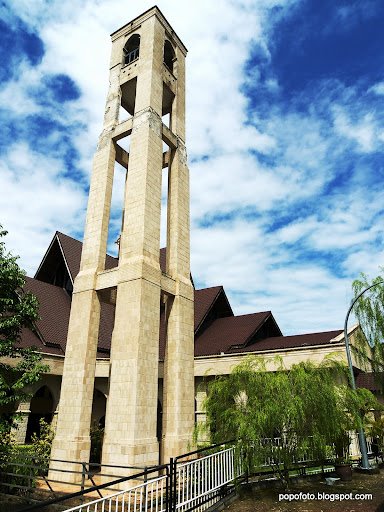 In 1948, “Emergency” was declared and the old church grounds became a prohibited area due to communist activities. The residents were resettled and church services were held in the Convent.

In 1957, the second church was built by Fr. Thomas Chin. This is the church next to Kim Sen school which has been called the “new church” for the last 45 years. The Centenary Celebration of the parish was held in 1969 under Fr. P. Grandvuillemin.

Fr. Peter Pang who took over as parish priest in 1977, built a permanent altar shed in front of the old church and also the parochial and reconciliation halls at the old church compound. He also installed the statue at the top of the hill after fire destroyed the shrine there.

Fr. Augustine Wong arrived in 1984. He removed the shed in front of the old church for a clearer view. He also reinstalled the stained glass behind the altar, which was damaged and one of the original bells which was recovered. In 1987, he built the shrine of Our Lady of Fatima at the second church and improved on the parochial and reconciliation halls at the old church. These were used for masses, retreats, and meetings as well. In 1988, the Centenary Celebration of the old church building was held.

The St. Anne’s water fonts were altered to what they are today in 1997, soon after Fr. Michael Cheah was assigned as Administrator for the parish.